In 1950, an OOPArtOut-of-Place Artifact was discovered on a small island near Panamá. It was a discovery that would confuse and puzzle academia. Years later, following the discovery of more OOPArts, undersea ruins—ruins that should not have existed—were found near that same little island, an island that would one day be known as the Independent Zone of Mar Luna. To this day, those artifacts and ruins, and the everyday weird that IZML residents swear by, continue to puzzle scientists, conspiracy theorists, cryptozoologists, and residents alike.

Elysium, a world so close and yet so very far away; a world that seemingly existed only in rumors and dreams. It was the urban legend everyone knew about, but no one believed, and yet it never left the collective conscious, leading to internet rumors and conspiracies. The truth escaped their grasp, but Elysium was real. The memories were real. What was Elysium...and what happened to that world?

Anamnesia is an OC fantasy reincarnation GPSL. In a time yet unknown, an event occurred that caused souls from Elysium to be reborn on Earth. As the story develops in the present day, bits and pieces of the characters’ Elysium pasts will be unlocked and explored, and the cast will discover who they were in Elysium, and why they ended up on Earth.

The Independent Zone of Mar Luna was officially created in 1977. It is an island off the coast of Panamá, but unaffiliated with any specific nation. IZML was designed for the promotion of environmental science research and technological innovation. The general populace of Panamá didn’t view IZML with kind eyes at first, unwilling to relinquish the island to what amounted to a private organization and the UN, but the rising civil unrest due to the dictatorship government in Panamá made it easy for the politicians to push forward with the idea.

Mar Luna was originally an outpost for an organization of environmental researchers, which has since flourished into a city and significant university that is paving the way in ecological science and engineering. The city’s population changes regularly, between students and tourists, and the city reflects this with a variety of stores, restaurants, attractions, and a vast number of hotels.

It’s a city of contrasts, where opulence lives across the street from poverty. Despite being a city overflowing with opportunities, a large portion of the populace feels these are reserved for the rich. However, in the past decade, the city’s governance has made significant headway in creating opportunities for the less fortunate through generous investments in free elementary and high school education and public healthcare.

Mar Luna is a melting pot of cultures, and its food and businesses showcase that. The cost of living is high, even for areas that are considered affordable, but the public transit system is top-notch (most people don’t own cars), and the university is world-class. Bicycles are popular in Mar Luna; however, they have a very competent electrical bus system, and electric cars are common among the wealthy. There’s a small airport for modest flights between Panamá and Mar Luna, but ferries are a far more popular and cheaper means of reaching Panamá City. Renting electric scooters and other forms of transport is also fairly popular.

The heart of Mar Luna, founded in 1980. UML is a sprawling campus that encompasses much of the eastern part of the island and is situated next to (and within) the Harbor District. Most of the campus is open to non-students, with tours to explain current research, methods, and what UML is doing as it heads into the future.

UML started as a small campus with a handful of buildings and a single dorm to support the few students who had found their way to the island. It’s slowly built up over the years, until reaching its current status as one of the best schools in the world for researching environmental science and engineering. It favors local students, but accepts international students from other universities for a semester. UML’s major sports teams are soccer, baseball, and basketball.

UML also hosts camps for children ages 5-17 regularly, runs numerous outreach programs to get its message out to as many people as possible, and has recently opened a third campus aimed at the local population, which offers two-year degrees and certifications. It doesn’t carry the weight of a full UML degree, and acceptance into the CCML doesn’t guarantee one is able to get into UML. Still, it offers further education to the local population.

Mar Luna’s hot spot. The place where everything is going down. Living here is pricey, even with multiple roommates. One either needs to be rich, or know someone who is and sublet from them.

The center of tourist hell, the Harbor District keeps the rest of Mar Luna funded and running. Bumps up to the part of UML designed for public engagement, as well as research—including the gardens, aquarium, art gallery, and conference hall. There is little to no residential space in the Harbor District. Any spot someone could occupy is claimed by a hotel. The boardwalk along the ocean has a huge selection of stores, as long as you are looking to find branded tourist items, chainfood restaurants, stereotypically hippie art and jewelry, or items people forget to pack. However, this district has the best seafood restaurant on the entire island—which is a high honor as there’s a lot of competition—and ice cream food carts to die for. Each cart has three distinctive flavors, and while all are delicious, finding your favorite can be a trial.

This is where most people in Mar Luna live. The housing varies from affordable (the closer to the university you get, the less expensive) to might-as-well-live-Downtown...except here you can have a mansion overlooking the beach. It also has a wide variety of parks, trails, and beaches which the locals prefer because there are fewer tourists on this side of the island. Shopping is best Downtown and getting there is incredibly easy, so most of the stores in this area are everyday basics.

Located on a smaller island connected to Mar Luna by a sandbar, Taboga Town technically isn’t part of IZML, and while residents receive benefits, and have free access to Mar Luna, there’s a noticeable difference in social standing between the two islands. Taboga Town is known for having the second oldest Catholic church in the Western hemisphere, an abundance of tropical flowers, and for being the primary source of Mar Luna’s fresh fish. People mostly get around by bicycle here.

The world of long-forgotten memories and recurring dreams. In this land, magic is one of the core elements of the world. It’s in the air, the sea, the earth, its people—everywhere. After the Shadow Catastrophe of a millenia ago (see this post for more information), Elysium is thriving. The magical balance is maintained by the sacred Crystals in the custody of the five nations spread across its land.

The oldest nation in all of Elysium and located at its very heart, Serenitas is the custodian of the Light Crystal, the epicenter of research and magical knowledge in Elysium, as well as the headquarters of Crystalism. The Holy King and Archbishop rule shoulder-to-shoulder. Despite its pristine walls and snowy fields, and its tight adherence to tradition and order, rumors of deceit and greed lurk in the shadows. 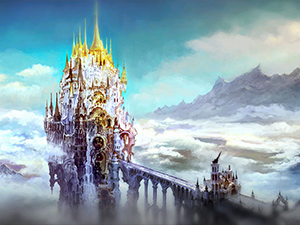 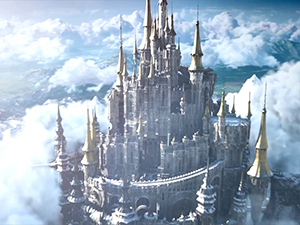 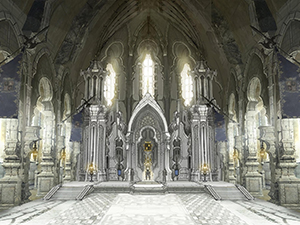 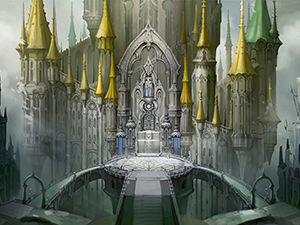 Ruled by noble clans, Guren has been in a constant power struggle since its inception. The two biggest clans are the custodians of the Fire and Nature Crystals. Guren is known for its many rich lands, agriculture, and husbandry—as well as its fervent and prideful warriors. Peace has been maintained in the last few centuries through arranged marriages between the two largest clans. 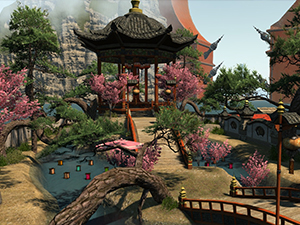 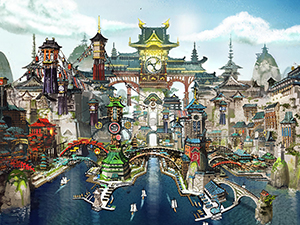 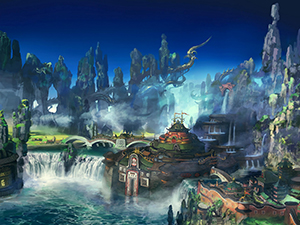 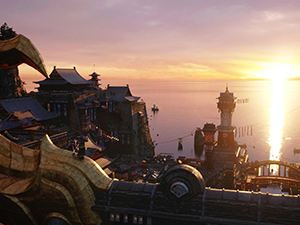 The youngest of all the nations in Elysium, formed by a group of merchants, adventurers, and fortune-seekers who found solace in the skyborne archipelago, Ráig Bháistí values freedom and equality over everything else, and its leadership listens to the opinions of all its people. In its earlier years, the other nations considered Ráig Bháistí nothing but a group of outlaws. The Grand Admiral is elected democratically every five years and rules alongside the Great Assembly. 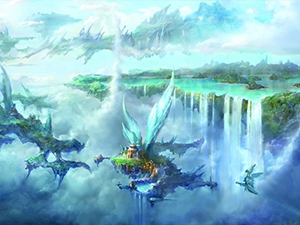 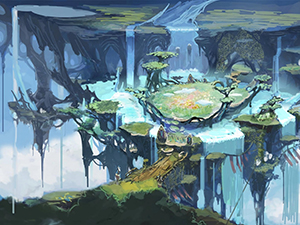 Once a grand kingdom located at the base of the largest mountain in Elysium, Donnersberg suffered the most in the Shadow Catastrophe. It has since splintered into smaller nations, surviving through sheer force of will and the power of magical technology—using this knowledge to create gigantic nomadic landships, which became their cities. The Federation was born after a large-scale conflict with Guren. 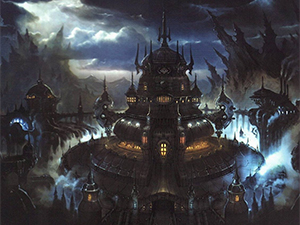 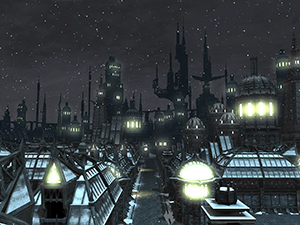 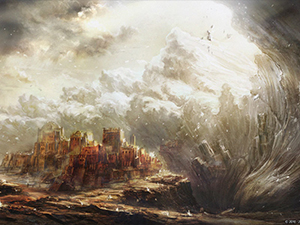 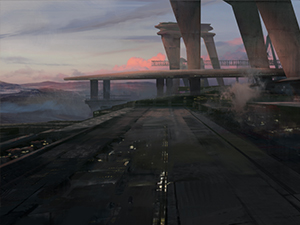 Located in a labyrinthine forest between Guren and Serenitas, this village is the home of a secretive group of people who held a significant role in stopping the Shadow Catastrophe. To this day, the people of Simurgh continue to be isolationists who reject Crystalism, and instead venerate Dragons and the Holy Score. There is no way to reach the village without their implicit consent and invitation. 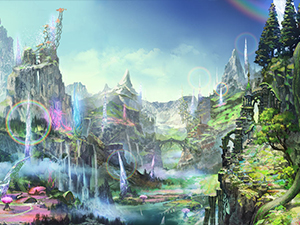 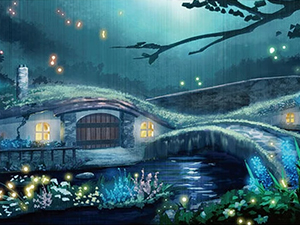 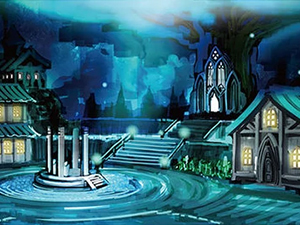 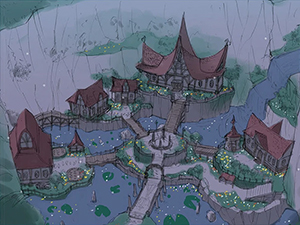 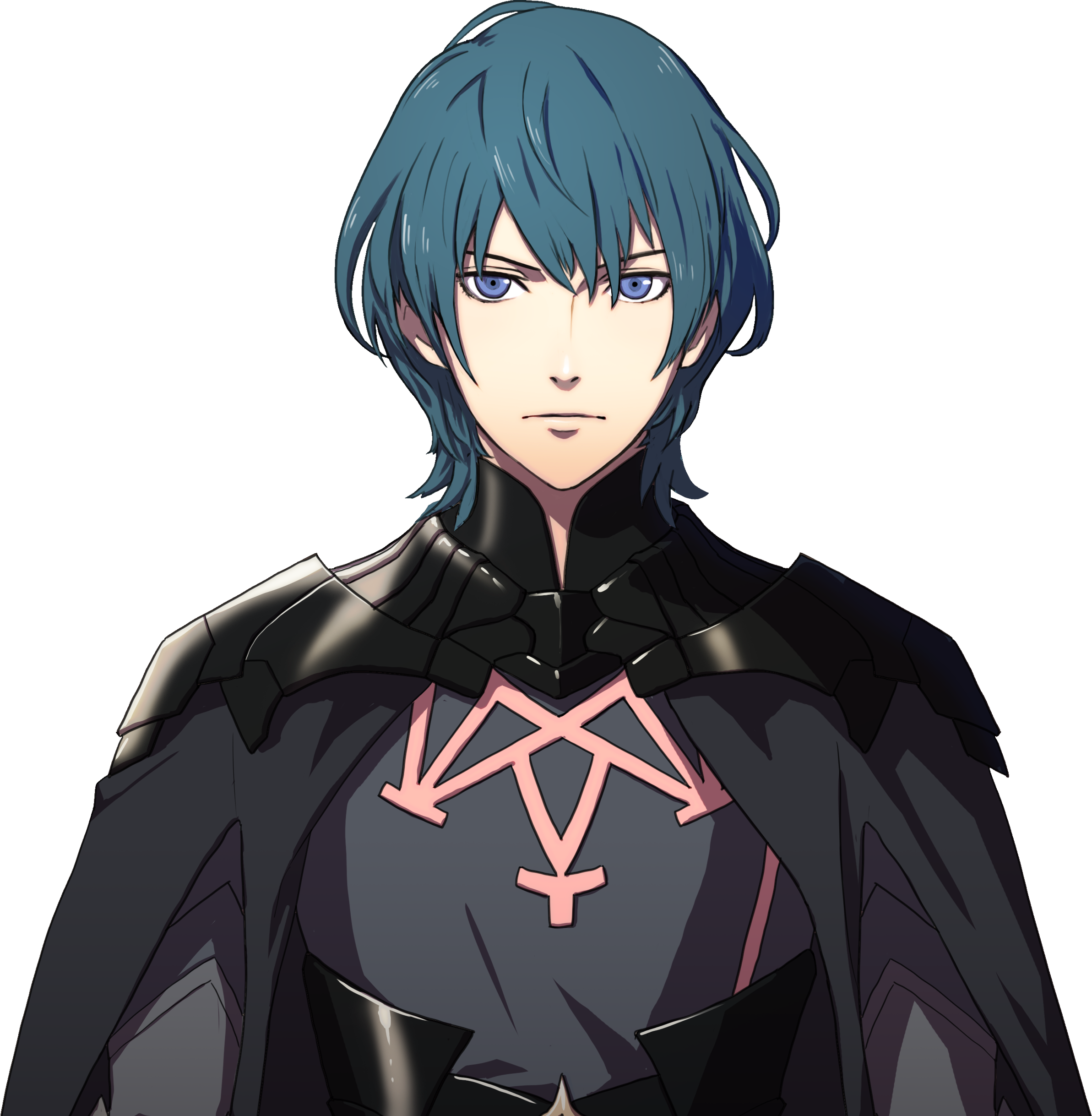 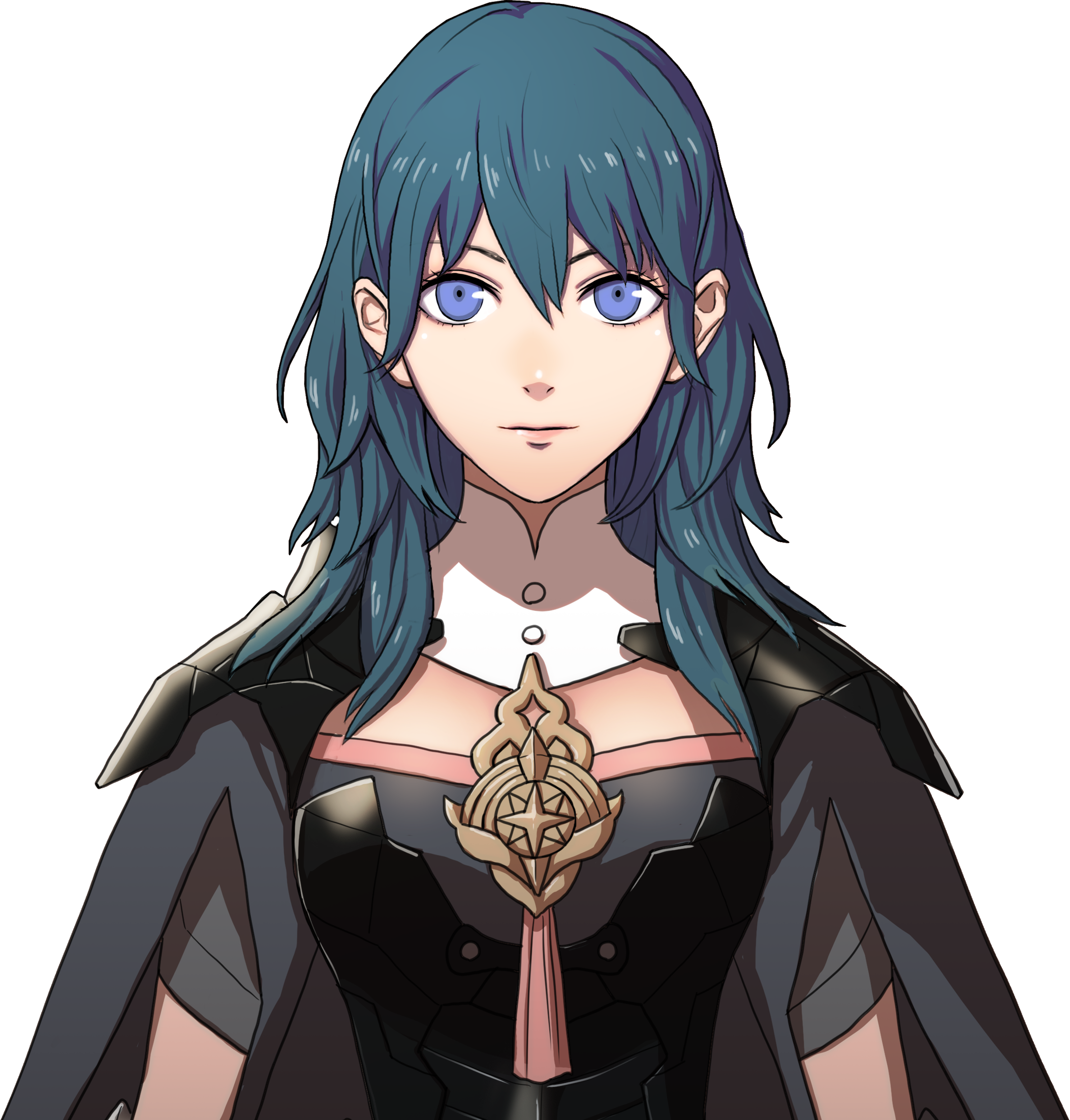 This game uses the Fate Accelerated system for character creation and combat. Please see this link for more details on how to shape your character’s High Concept, Trouble, Aspects, and Approaches.